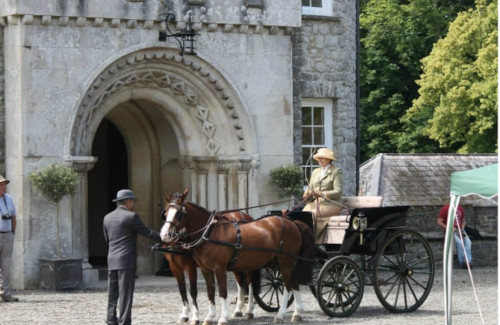 CIAT Picton, the Inspiration of Attelage de Tradition in the UK

They say that like a great fire, great ideas start with a spark of inspiration in order to become a roaring success. CIAT in the United Kingdom began with such a spark. Lester Dagge explains what inspired him to establish the first AIAT CIAT competition in the United Kingdom.

“It all started when leading English carriage driver Elspeth Gill, renowned for her prolific winning Concour d’Elegance turnouts returned from her first CIAT competition at Cuts exuberant at her prize winning gifts. She explained it was the greatest competition she had ever been in, “we simply MUST do this here in the UK!” It was to be Elspeth’s swansong for competitive private driving with her Hackney Stallion and picturesque Studebaker Basket Phaeton, but her legacy was to encourage me to establish a similar competition here in the United Kingdom. I already had experience setting up and running carriage driving competitions in England and Wales, but to host an AIAT CIAT was to be a greater challenge. I knew that to hold any competition, you would need a number of key ingredients for it to work. Firstly you needed a great venue, access to suitable roads and tracks, an accessible location, an army of helpers, stabling, a budget and finally competitors. Without an equal share of all the ingredients, the event cannot proceed." 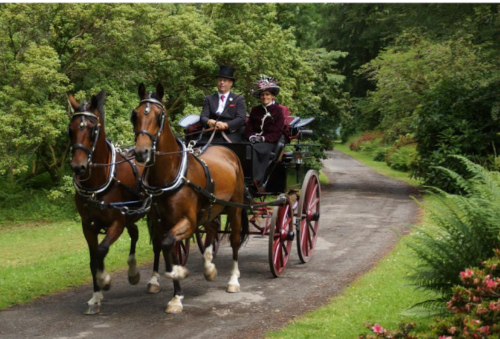 With much research and investigations, It took about five years to finally assemble all parts of the ingredients before we could create our first AIAT CIAT, or as we have fondly called it in the UK, ‘Attelage’, (a generic name that has become firmly established in the English driving vocabulary for such CIAT events). Various venues had been investigated, but sadly, many of the great estates have been broken up, commercialised and turned into hotels or public event venues and the land sold off with the roads made inaccessible or precarious. The great estates and stately homes of the National Trust would be ideal, but were largely resistant to any equine events due to their risk policy of roaming visitors, and so we were left with asking private vendors instead.

It took a house move from England to Wales to allow Lester to achieve his dream of holding an Attelage. When he moved to rural west Wales, he was surprised to discover a lack of support for carriage driving, so established a driving group which he subsequently ran for 8 years. This allowed him the opportunity to bring a group of like minded enthusiasts together to hold training, lessons, talks and events. One of the events would promote driving to its full glory with the idea of an Attelage. With an army of volunteers drafted in to help stage an event, we then had to find a suitable venue. A prominent local private estate, the 12th Century Picton Castle in Pembrokeshire was approached, who welcomed the idea of the competition with the opportunity of additional visitor numbers. 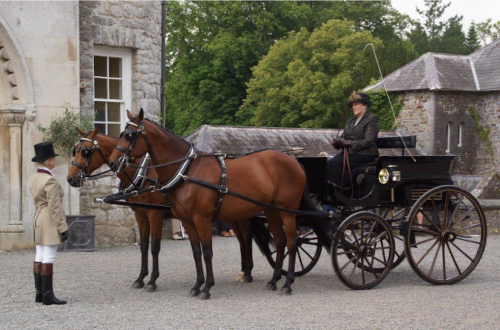 Starting with a blank canvas, an enthusiastic fund raising campaign was established to create necessary funds for holding the event including temporary stabling, equipment and expenses. Richard James, the grand master of carriage driving and AIAT was consulted into the regulations and requirements for holding the event and the necessary judges and stewards were appointed. Although a similar mini competition had been trialled in Suffolk by Eunice Binder a few years previous, Picton would be the first AIAT affiliated ATM competition in the United Kingdom. Promotion of the first event started in earnest in 2011 and called ‘Carriages at the Castle’ to help the public and British competitors better understand the nature of the new competition format.

Traditionally, British carriage driving was split into FEI style driving trials or traditional Private Driving. Attelage offered the cross between the two disciplines and therefore had a task to attract both driving disciples! What we didn’t account for was the keen interest in the event from competitors outside the region. At first I believed it would be only local competitors, but actually we attracted people from all parts of the United Kingdom. With an opening event of 18 competitors, we found that although most British events were a one day competition, our guests would seize the opportunity for a short vacation in an exciting new location. Pembrokeshire is an area of outstanding natural beauty steeped in history and mystery, so our guests would revel in its location.

In order to minimise the risk of failure and to financially support the event we had to facilitate some host club members with a cursory allowance made to accommodate their modern non traditional vehicles with a similar competition running along side the CIAT event. Richard James kindly offered his great expertise and advised on the essential aspects of the event including planning the difficulties (the smoke passage was the best!), a picturesque 12km Routier and of course the formal reception and grand banquet in the Castle. The opportunity to don our best formal clothes and fine dining was met with great approval by all the guests who even forgave the debacle of high heel stilettos crossing a muddy field to get to the Castle! The new competition format was met with outstanding acclaim by all the competitors, and with help from an army of keen amateur photographers, pictures of the event were shared worldwide thanks to the use of social media.

A strict protocol was followed to ensure we adhered to the competition format and guidelines set down by Christian and Antoinette de Longlade that would help protect the conformity of the event. This format met with great approval from the British competitors which offered them something fresh, new and exciting, particularly the enjoyment of the social camaraderie and unbiased judging system. Visitors to the castle enjoyed the spectacle of the competition and the magnificent carriages such as breaks, gigs, dog carts, as well as horses in singles, pairs, teams and tandems whilst our commentator explained the intricacies of each turnout to the public. Thanks to a prudent eye on finances, our first event turned a small profit which was ploughed back into a fund that helped plan the future events. CIAT Picton grew from strength to strength, attracting increasing competitors, spectators and influence. Sadly however, after 5 years, a change in Picton Castle’s management and onerous visitor attraction regulations offered an untimely end to Carriages at the Castle, but left enduring memories and the start of a great legacy for Attelage in the United Kingdom. The achievements of Picton helped firmly establish Attelage and I am proud that other spectacular venues were inspired including CIAT Glamis, CIAT Euston, CIAT Sandringham, CIAT Tismans and the new CIAT Elveden. 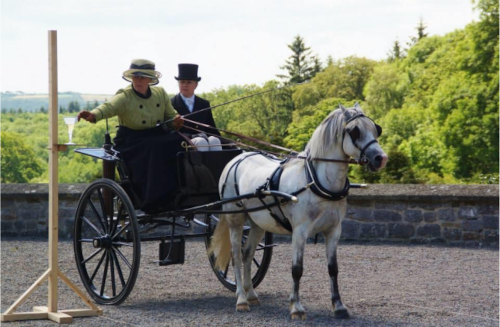 This passion for the event saw Lester become an active enthusiast for Attelage, along with his wife Lynnie taking part and supporting a number of competitions. They have also attended a number of AIAT agm’s around Europe with Lester honoured at the opportunity to judge a number of events in England, France and Italy. 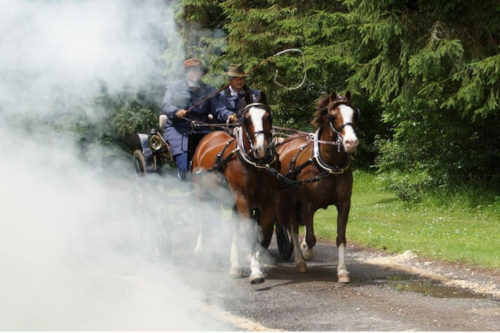 A final footnote of the influence of CIAT Picton and the AIAT is a profound consequence of the scoring sheet results on the UK traditional carriage market. Each year, returning competitors would improve on their experience, acquiring better carriages, better horses and better equipages. Unfashionable carriages that once would not normally have performed well showing in Private Driving classes were now suddenly totally appropriate and perfect for Attelage. Carriages are now being sold at a higher premium suitable for Attelage and once again becoming fashionable, upholding Christians original vision to promote and encourage the use of traditional carriages. 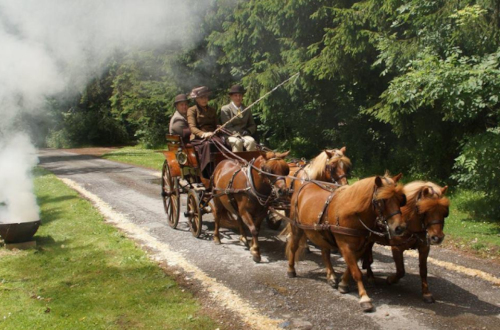 Thank you Christian and Antoinette for your dream, it has come true, and CIAT in the UK is a roaring success!