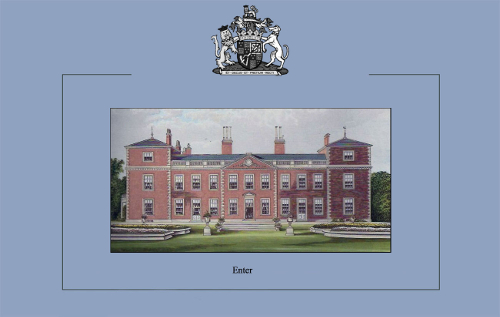 by kind permission of

The 12th Duke and Duchess of Grafton.

We hope you will take the opportunity to experience and enjoy this competition for traditionally built carriages only;  The British Driving Society, is now an official member of The Association Internationale d'Attelage de Tradition. AIAT.

Friday/Saturday till 10am       Arrive and deliver Passports, Receive Paperwork.

Directions:
Euston Hall and Estate lies on A1088 just South of Thetford.
The entrance is via The Park Gate IP24 2QH 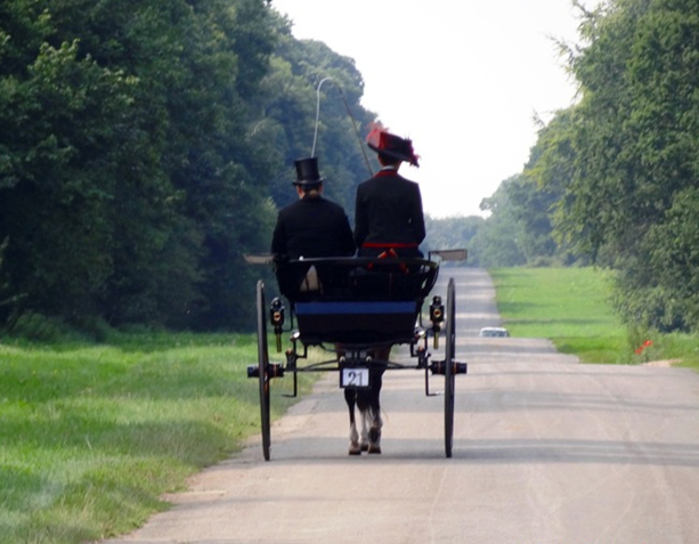 2nd CIAT Euston is already booked, following our very successful Concours d'Attelage de Tradition in August 2015. To fully enjoy the whole event you may extend the weekend from Friday to Monday. Stables are provided, so early booking is essential to reserve your entry. We shall be using the same format as last year, (reports of which have been well documented in various carriage driving magazines and websites). This format has proved to be in accordance with the guidelines and rules of The Association Internationale d'Attelage de Tradition (AIAT) and readily accepted by the British driving Society.

We are now feeling confident to welcome more classes but there will still be a limit of 30 turnouts.  This is a competition for Traditionally built carriages only, preferably before 1945.  Membership of the BDS is also necessary.
Hall and Estate lies on A1088, south of Thetford, Suffolk IP24 2QH.
The entrance is via the Park Gate.

Full details and entry forms will be sent, following your request to the Secretary:

Home of the Duke and Duchess of Grafton, Euston Hall in Suffolk played host to the First Concours International d’Attelage de Tradition, ‘Carriages in the Park’ over a glorious summer weekend in August. After the mostly washout weather which preceded it, the weather gods smiled down, and, apart from at the very end of the weekend, the sun shone relentlessly from dawn to dusk, bathing the beautiful estate in a welcoming warmth.

Euston Hall Park was designed by the noted landscaper and polymath William Kent in the mid-18th century and is one of only seven surviving Kentian landscapes in Britain. Buildings of note on the estate include The Temple, built in 1746, this building is an eye-catching octagonal folly which was originally used as a banqueting house. It was created for the 2nd Duke of Grafton in the Palladian style and features a domed roof with a triangular pediment and was a favourite spot of the 3rd and 4th Dukes, who owned the hugely successful Grafton stud, who would enjoy watching their racehorses being exercised in the Park.

The Church of St. Genevieve in the park is a charming, Christopher Wren-styled parish church, which was built in the 17th Century, on the site of an earlier medieval church. The church is Grade I Listed, as the fine interior remains largely unaltered since it was built. It was one of only four churches built in England during the reign of Charles II, due to the focus on re-building the city of London after the Great Fire. The Duchess of Grafton laid the foundation stone in 1676 and this is still to be seen to the right of the tower. The Church is the final resting place of the Dukes of Grafton and is still in regular use.

Excellently planned by Eunice and Wally Binder, who had put a tremendous effort in to its organisation with volunteers from the Cambridge and West Suffolk Driving Club acting as stewards and gofers, the CIAT at Euston Hall gave UK competitors the chance to sample for themselves the delights of traditional driving in the wonderful setting of this picturesque Suffolk estate. With a well set up stabling area in the walled off estate paddock; The British Driving Society Chairwoman Angela Sixsmith providing the commentary; the main arena set up in front of the picturesque estate church, together with a myriad of marquees and parasols to keep everyone cool, or dry, depending on the vagaries of the British weather, Eunice and Wally had literally thought of everything. A particularly lovely touch was the provision of goody bags for all competitors at the end of the weekend, which were overflowing with all manner of interesting equestrian related items, together with commemorative rosettes, so no one went home empty handed.
For the competitors who had arrived on the Friday evening, a communal barbeque was on offer and after a pleasant night’s sleep in the safety of the walled off stabling area, which had been set up in the Estate’s stable field, Saturday morning was a leisurely affair with a briefing on the route the competitors would be taking on the Routier on Sunday, and time allowed for preparation for the standing presentation that afternoon. For the officials and stewards a buffet lunch was provided, served under the welcome shade of a marquee in front of Eunice’s horsebox, while the competitors readied themselves for the first phase.

With much spit and polish and lashings of elbow grease, the 21 entries – which included horse and pony singles and pairs and a pony tandem – literally gleamed in the August sunshine as each was judged in turn by the three judges, Richard James, Jean Clayden and Gordon Marks s at the set standing presentation points set up in front of Euston House, taking advantage of any natural shade where possible as by now the temperatures were climbing with wall to wall sunshine.
With the judges’ marks cast, and the sun going down with the day’s competition over, the Saturday evening saw the Champagne Gala dinner where a full complement of diners sat down to a magnificent three course meal at a nearby village hall, resplendently transformed into a classy venue, complete with French themed table decorations. Again, here Eunice and Wally had been thoughtful, supplying the option of motor coach travel for those who had no motor transport available to get to the venue. Sallie Walrond supplied the entertainment for the night and she encouraged the diners to sing along to her accordion from a song sheet of suitably driving related ditties – which provided much entertainment and laughter. While at the end of the hall a huge screen showed photos from past CIAT events, providing an interesting talking point.

Sunday morning dawned sunny and warm yet again, and the competitors set off on the 15km routier, which included five difficulties to master, including a one-handed circle, driving over a carpet, carrying a full glass from one post to another, driving within a marked set of lines and a reverse into a box. A particularly charming turnout was that of Steve Jarman which included his delightful Dalmatian dog, running gaily along under the axle. Apparently, this dog had had no official carriage dog training, but had taken to it naturally – being borne with the the instinct to run beneath the carriage.

The routier over, the competitors took it in turn to tackle the next phase, the maniabilité - a set of cone gates, with the course being set up in the main arena with the lovely estate church as a backdrop.
All three phases complete, it remained to add up the scores and for the prizes to be awarded, with the Duchess of Grafton kindly agreeing to present these. With an exceptional overall score of just 4.90 points, the overall champion’s sash went to Jessie Dudley-Apicella who was competing here with her 17 year-old Hackney gelding Brookfield Show Time put to a 1900 Connelly of Hereford stick back gig. Reserve to her stood the winner of the horse pairs section, Paul Mills with his piebald pair, Toobie and Dice put to an 1893 Stevenson’s four-wheeled dog cart. Charlie Bailey was first in the single horse category with his KWPN, Tom, repeating his win at Cuts CIAT earlier in the year. Pony pairs was won by another previous CIAT Cuts competitor, Rosemary Neale with her pair of Welsh Section C ponies put to a rare 1904 crescent phaeton. While fresh from gaining her tandem bars at the BDS Tandem Club meet, Fiona Powell was the only tandem entry with her Hackney x Welsh ponies put to a 1905 dog cart.
The only thing to mar the day was the rain, which had threatened all afternoon, but which decided at the precise time of prize-giving to start to fall, however, this didn’t seem to discourage the ear to ear smiles of those in the ring – a sure indication of the success of this event and one which we’re sure will become a firm favourite in the carriage driving calendar.

The Duke and Duchess of Grafton and the Countess of Euston welcomed this event on their beautiful 10,500 acre Estate.  The historic (1670) Hall and grounds are usually open to the public, but are currently undergoing renovations.

Some had experience with Attelage de Tradition and some were newcomers.  The Standard of presentation was excellent before three individual judges.  The 15.5 km Routier including five PCs and the twenty gate Maniabilite, were run strictly to AIAT Rules.

Friday evening there was a welcoming pig roast party for 70 competitors and friends, in the stable field.  It set the scene for the whole weekend, everyone was in party mood.  The competition ran very smoothly and the comradeship between everyone was wonderful.  The Champagne Reception and Gala Dinner on Saturday was enjoyed by 96 people.  The dinner menu include braised,  Euston Red Poll Beef.

Sallie Walrond played her Accordion for a Sing-along. An antique cartoon of carriage drivers was auctioned.  There were short Speeches from BDS Chairman Angela Sixsmith and AIAT judge Richard James. TD Wallace Binder was director of ceremonies.

On Sunday the Prize-giving and Final Parade was held on the Arena decorated with Plants and European flags. The Countess of Euston presented the prizes.  Unfortunately the lovely weather left us and rain rather hastened the Final Parade as everyone hurried back to the stable field.

It was an amazing Event and has really sold the new concept of Attelage de Tradition to the Brits.  The 2nd CIAT Euston will be held Saturday 20th - Sunday 21st August 2016.

by kind permission of

The 12th Duke and Duchess of Grafton.

We hope you will take the opportunity to experience and enjoy this competition for traditionally built carriages only;  The British Driving Society, is now an official member of The Association Internationale d'Attelage de Tradition. AIAT.

Friday/Saturday till 10am      Arrive and deliver Passports, Receive Paperwork.

Euston Hall and Estate lies on A1088 just South of Thetford.

The entrance is via The Park Gate IP24 2QH